Communications Past and Present

The exhibition traces changes in different forms of communication in the district since the early days of settlement. The main subjects include Postal service, telecommunications, railways, roads, radio and television. A mockup of part of a lounge room of around 1960 has been created with radio, b&w tv and dial telephone. A model railway representing the former Foster station is shown in the dress cabinet. Also an early commercial projector once used in local halls is displayed.

Sunday 5th December at 1pm the ‘Communications Past and Present’ Exhibition was formally opened by Reg Williams, in front of a surprisingly good crowd, followed by the thee usual afternoon tea, accompanied by a goodly variety of eats.

A presentation was made to Reg for his contribution to the Museum over many years. 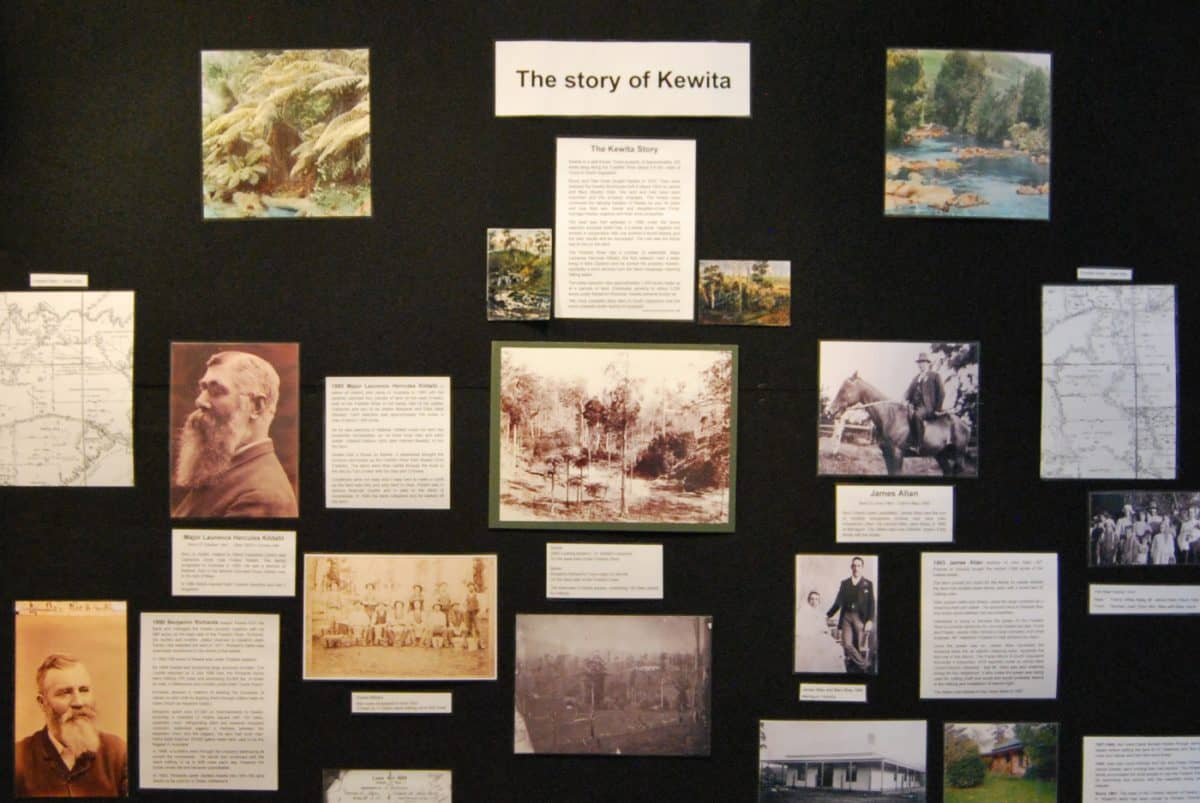 The Hydroelectric scheme in Toora.

We are presenting “The Road to the Prom”; our long-running exhibition that examines the opening up of Yanakie Run for soldier settlements and subsequently rural settlement during the 50s and 60s. Also on view are many photos and information displays on the Prom from those decades.

This exhibition was opened by the Hon Ted Baillieu.

The Official Opening of the current exhibition at the Foster & District Historical Society Inc Museum in the old Post Office was at 5pm, 4th November 2013.
Edwin Coad, FAMDA President gave an entertaining speech, ably supported by Mohya Davies, Councillor, and Dick Straw, Life Member, who formally declared the exhibition open. Jennifer Jones, President of the Historical Society welcomed all attendees to the Museum. The ‘birthday’ cake was cut with due ceremony, and song, and the oral proceedings were ‘captured’ for future generations! All in all a most pleasant evening. 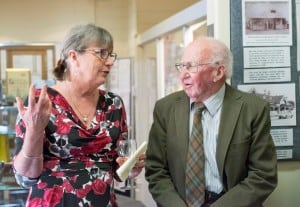 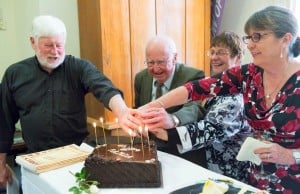 We were proud to be associated with these two exhibitions. One, “Cornerstone of the Nation”, Wilsons Promontory’s role during World War ll at the Museum.

Called the ‘cornerstone of the continent’ by George Bass when he discovered the area in 1798, this exhibition highlighted the importance of Wilsons Promontory within the nation’s security during W.W.ll and its role in the training of selected soldiers for guerilla warfare.

and two, “Debt of Honour” a photographic exhibition by Bruce Butler, at Stockyard Gallery. Details on a previous notification. 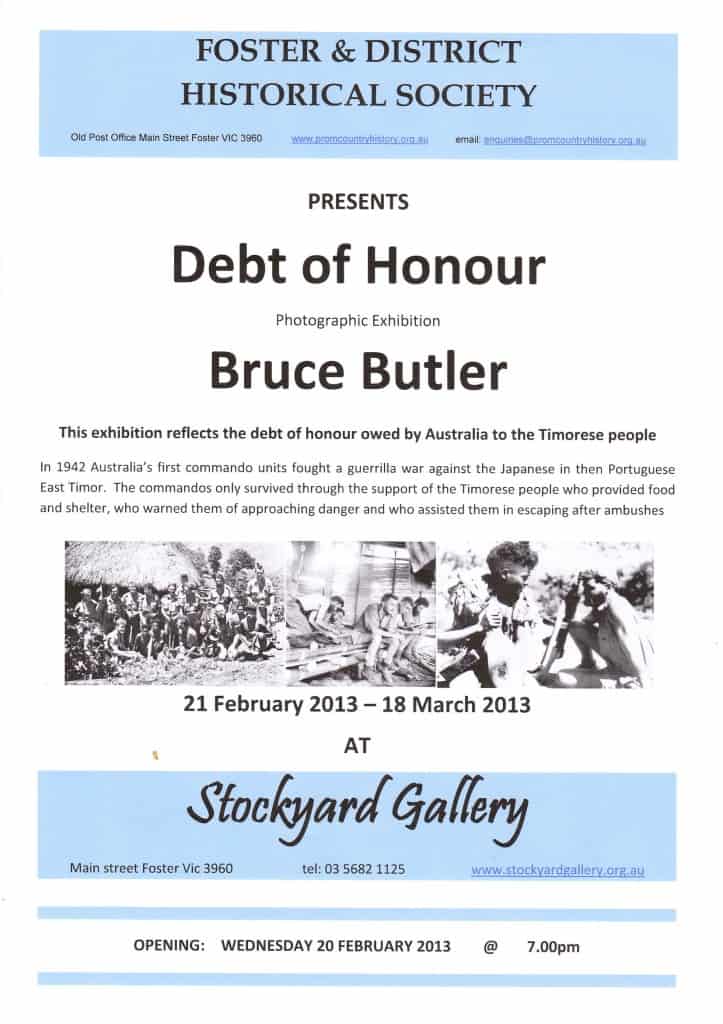 IN CONJUNCTION WITH THE STOCKYARD GALLERY AN EXHIBITION WILL TAKE PLACE FROM 19 FEB 2013 TO 21 MARCH 2013.

The exhibition is a small part of Bruce Butler’s major exhibition “A Debt of Honour” housed in Perth. We have been honoured on account of providing photographs and information. The photographs reflect the debt owed by Australia to the Timorese people for their support 40 years ago. It tells the story of Australia’s first commando units who, in 1942 fought in Portuguese Timor (now East Timor).

A small display of commandos training at Wilson’s Promontory will be held at the same time.

No More Than Five Miles: School Days in Prom Country told the story of the many one-teacher schools scattered throughout our district in the days when it was declared that no child should have to travel ‘more than five miles’ to receive an education.

The exhibition had three parts:

1   A display of photographs and objects which conveys the major themes of schooling in the district in the nineteenth and early twentieth centuries. Folders of photographs from local schools were also included in this display – see the changes in school dress over the years or  see if you can find yourself in one of these photographs;

2   The 100 year-old former Agnes School building, located in the museum grounds, which re-creates a one-teacher school at the time the building was opened in 1912 – see what children were learning – and how they were taught – in the early years of the twentieth century;

3   A self-guided drive following the ‘Location Guide of District State Primary School Sites’, which provided a brief summary of all the one-teacher schools in the district, of which only six are still open, and a map which also provides GPS locations – take a drive around our beautiful district and locate all 39 former school sites.

This exhibition was generously funded by the Lions Club of Toora and the South Gippsland Shire.

Posted in Exhibitions
Leave a comment
Scroll To Top